League of Legends Patch 8.7, ​which goes live Wednesday, includes interesting changes for junglers across the board, specifically for Elise and Kayn. The changes will look to help the champions be more of a threat in the beginning of the game. 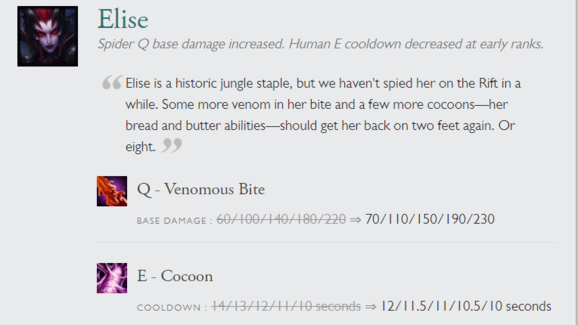 ​Elise is seeing damage buffs to her Venomous Bite (Q) across all of the level ability ranks. This will make Elise a more lethal character throughout the game. Her Cocoon (E) was also buffed by decreasing the cooldown of the ability at early ranks. This change will help with her ability to lockdown opponents for early game ganks. 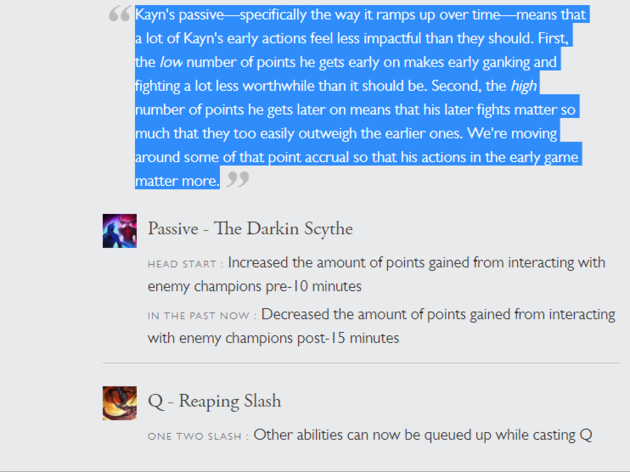 Kayn will see a big change to his play style with the change to his passive, The Darkin Scythe. Kayn will get an increase in the amount of points he gets when interacting with enemy champions before 10 minutes. The move will encourage Kayn to be more aggressive with early game ganks.

Other highlighted changes from the new patch feature the​ buffs to Gragas' damage on his abilities and changes to ​Ivern and Nocture will make them good options in the jungle as well. ​Swain and Rumble also received some early game changes in Patch 8.7.