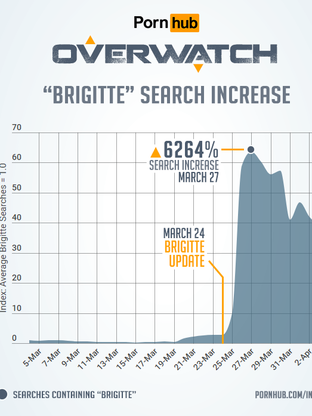 Ultimately, one could say that Overwatch's popularity in this particular medium is a real testament to the hard work the Overwatch team puts into character design and story. These heroes seem so real and compelling that we can't help but want to get to know them better.

It will be interesting to see how long Brigitte stays on top - will she close out 2018 in the top spot, or is she just the latest fad?