Screenshots and a video of the new Overwatch deathmatch map, Petra, were leaked by ​Lanym.

Petra should be a map that allows for a lot of different heroes to compete viably, according to Jeff Kaplan, ​who spoke about the new map in a recent developer update. This cave has small torches lighting up, helping confirm the excavation site idea. There also seems to be some type of broken statue on the ground. 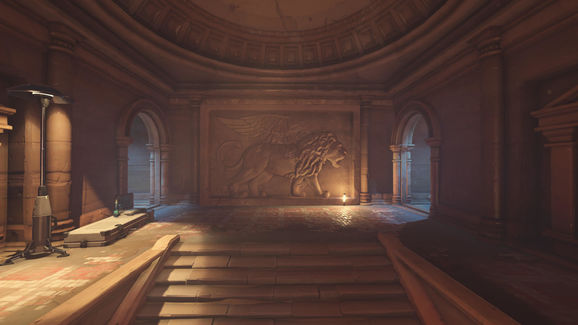 This image showcases a small room with a gorgeous lion mural on it. Again, more lights and equipment for excavation. A computer is setup here in a room. Also, a small heal is here which means this is most likely some side room to the map. Lastly, this aerial shot showcases what is most likely the central fighting point of the map. Perhaps this is where the objective point will be to capture.

From the attention to detail to its unique looks, it is gonna be ​awesome to see Petra come to life in Overwatch.

Also in the video of the Petra map were inclusions of some of the ​new dance emotes, and ​skins coming in the Overwatch Anniversary event.