LoL
Fortnite
Overwatch
Top Games
PUBG
Next Article
When is the Halloween Event in Overwatch 2020?

​Overwatch's ​second Anniversary Event went live earlier this week, jam packed with content from past seasonal events. Blizzard ​released an infographic that details a bunch of fun statistics the company has gathered from Overwatch this past year.

The "I Need Healing" voiceline from Genji was the highlight of the statistics, and that voice line has been said in the game over 750 million times. 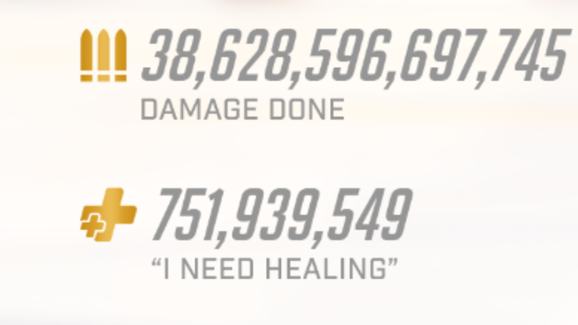 The meme behind this voiceline is one of the oldest in the game, and Blizzard has even embraced it by adding a ​special, "You Need Healing" voiceline. Also reported was over 38 trillion total damage done, which seems absolutely absurd, and is the highest number out of all the stats.

An astounding 40 million players have played Overwatch, and over 2050 unique items have been implemented into the game. This years Anniversary Event has also given players brand new skins and other cosmetics to obtain.