The sky fracture emerged after the long-awaited rocket launch ended up tearing a hole in the sky. This is also not the only damage to result from the rocket launch, as Lonely Lodge has a fracture of its own as a portal opened up.

It's only been 1 day since the Rocket caused a fracture in Fortnite and already it's expanding. 

Larger "cracks" in the sky and in Lonely Lodge!  pic.twitter.com/ULgNp8EFkm

The sky fracture emerged after the rocket launch on June 30, where players were treated to a countdown until the rocket's launch. The rocket launched into the air and ended up tearing a hole in the sky that arcs with electricity. Redditors have discovered that since June 30 the fracture has been steadily growing. 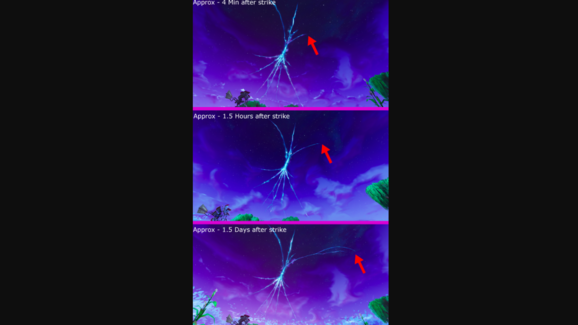 Other anomalies have appeared across the Fortnite: Battle Royale island, as a portal has opened up inside of Lonely Lodge. The portal has already destroyed the lodge's sign and is very likely to cause even more damage.