Immediately following the Evil Geniuses vs. Team Liquid match, Valve had a "special announcement" for us, and this announcement blew everyone's expectations away, revealing two never before seen heroes -- and releasing one immediately!

The released hero is Grimstroke, a support damage dealer who wields a deadly brush to paint the demise of his enemies.

His next spell is Phantom's Embrace, which sends a phantom that latches onto a target, silencing and damaging until the phantom is killed, similar to Weaver's bugs. If it stays on for too long, it deals massive damage and refreshes the spell.

Next is Ink Swell, an ability which cloaks an ally in ink, making them immune to attacks yet also silences them. After the duration is up, a stun is released around the allied unit.

Finally is Grimstroke's ultimate, Soulbind. This spell binds an enemy hero to their nearest ally, forcing them together and causing any spell cast on one to be cast on the other. 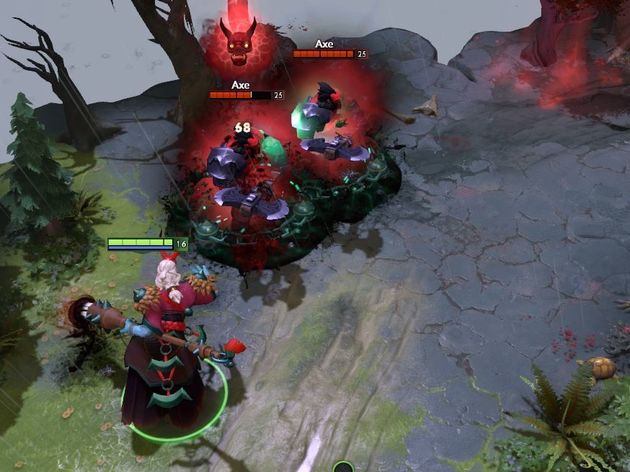 Grimstroke is out right now, and the other revealed hero Mars will be coming in winter.